Animal health, human health and our shared environment are part of a deeply interconnected system.

As the population increases and demand for food grows, and with people and animals living closer together, the interdependence of human health and animal health, and the health of our shared environment health is without question. This is known as One Health.

The role of animal medicines in delivering healthy animals is globally recognised as a key contributor to the One Health triad comprising human, animal and environmental health. AnimalhealthEurope promotes and supports collaboration between all disciplines: encouraging society to look at the three areas of people, animals and environment together, to develop practices that take their complexities and inter-relationships into account.

The idea behind ‘One Health’ is not a new one; the influence of the environment on health has been recognised for many years. However, a rapidly growing global population means that the world is increasingly crowded and that humans will inevitably live closer to the animals they rely upon. Other factors, including large-scale migration, international trade, and global warming, risk introducing new diseases to regions where they were previously unknown and potentially unprepared. Under these conditions, the ability to prevent such diseases spreading becomes increasingly important and dialogue between sectors is essential.

Around 60% of all human infectious diseases are zoonotic, meaning they can be transferred between animal and man. Such diseases can be serious; Rabies, Toxoplasmosis and Lyme disease are all examples of zoonoses. Perhaps more worryingly, around three-quarters of emerging human infectious diseases – including SARS, Ebola and Zika virus – during the last three decades have been zoonotic, mostly stemming from wildlife.

Greater One Health cooperation is needed to control emerging infectious diseases. This needs policies that support actions such as:

Why One Health matters

Protecting animal health helps protect against the transmission of animal-borne diseases. But it also helps to protect an essential food source. Safe and sustainable food production is a key element of One Health. This is why AnimalhealthEurope recommends a One Health transition to sustainable food production under the EU Farm to Fork Strategy. Healthy animals contribute both to safe food and our food security, while minimising impacts on the environment.

‘One Health’ policies and strategies, strongly encouraged by the animal health sector, mean that different disciplines work collaboratively on local, national and global levels to try to balance the complex interactions between human, animal and environmental health. It is an approach that the European Commission is actively promoting within the EU, encouraging collaboration between sectors that can shape health.

Our members are playing a key role in making this One Health approach a reality, developing solutions such as vaccines and supporting the development of vaccine banks to help contain or control disease spread and other treatments to control the insects that can transmit some of these illnesses amongst animals.

The 2016 EU Regulation on Transmissible Animal Diseases, recognises the important role animal health plays in Europe. It puts in place a single overarching legal framework of standards for animal and public health in the EU and prioritises animal diseases, clarifies the responsibilities of the different actors working to ensure animal health, and outlines the measures to be taken to combat emerging diseases, placing a firm emphasis on prevention. 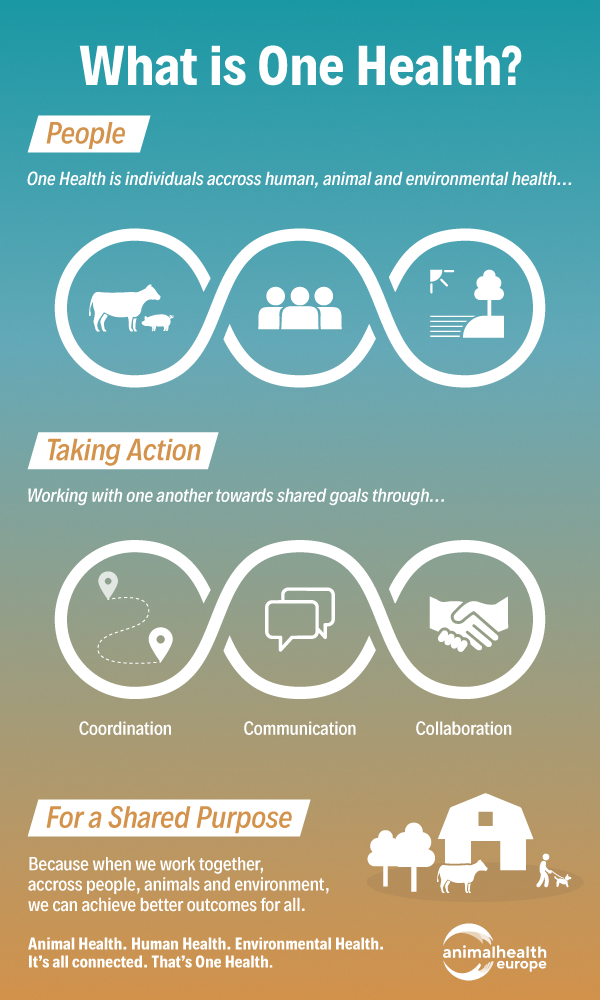 What is One Health?
https://animalhealtheurope.eu/wp-content/uploads/2022/01/What-is-OneHealth.png 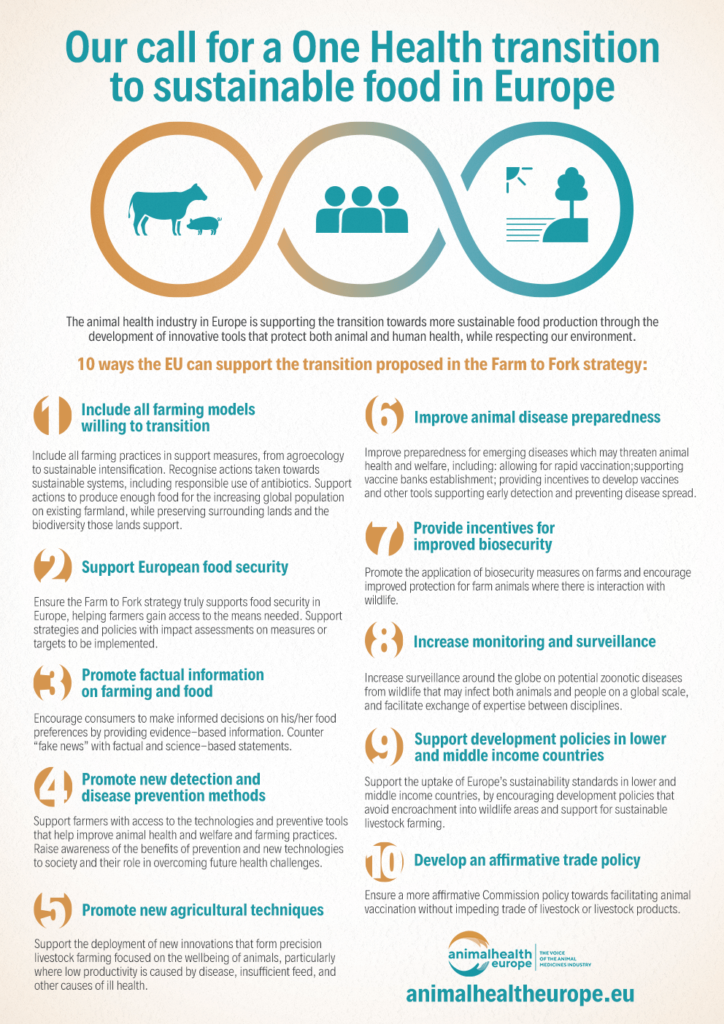 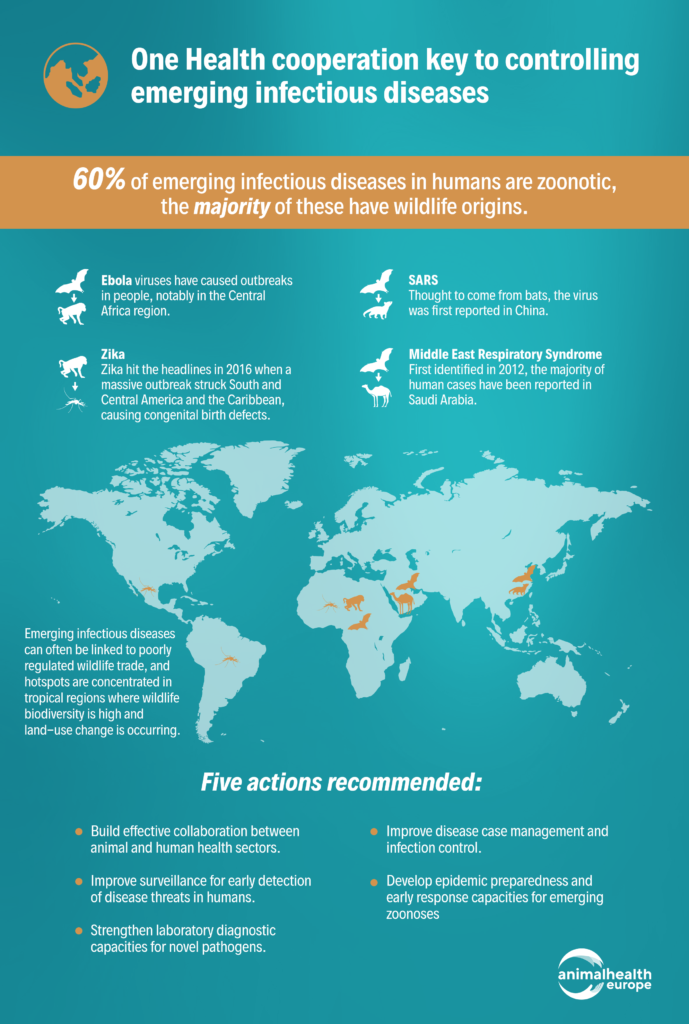